The schedule of the 2022 Asia Cup has been announced with Sri Lanka taking on Afghanistan in the tournament opener on Saturday, August 27 in Dubai. This will be followed by India vs Pakistan the following day, also at the Dubai International Stadium.

The schedule was shared by Asian Cricket Council chief Jay Shah on Twitter. 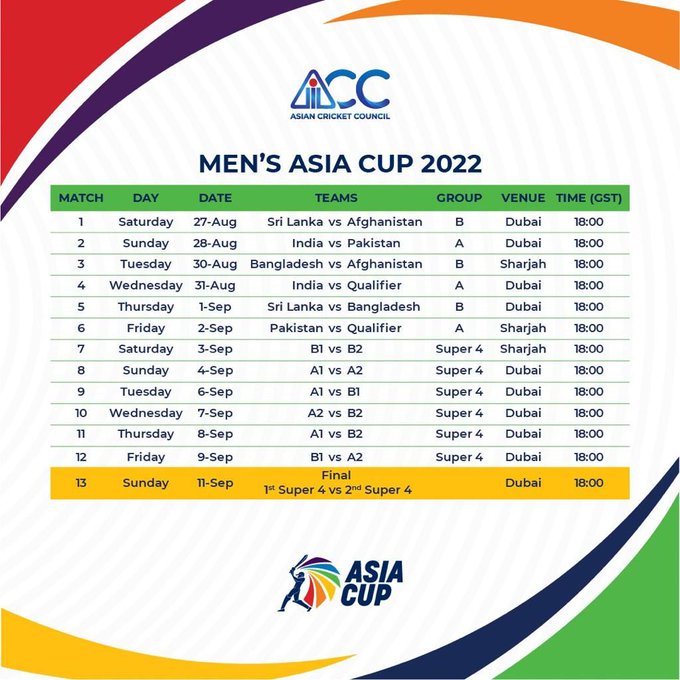 India, Pakistan and a qualifier will be in Group A while Sri Lanka, Bangladesh and Afghanistan are in Group B. The top two teams from each group will further play in a 'Super 4' round, meaning there is a high probability of at least another India - Pakistan game in the second round. The final is scheduled for September 11.